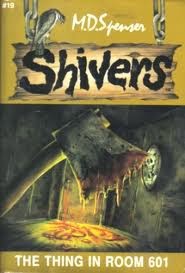 The following document outlines a day in the life of Paradise Press employee Sharon Dinkley, submitted as an assignment intended to evaluate the productivity of the average worker.

8:00- Arrived at work, snazzy as always and ready to start my day with a smile.

8:10- Checked my desk for assignments, or possible books to publish. There are none. Remaining hopeful, as always.

8:12- Began searching "Paradise Press" on Google. It is the second option after I typed "Paradise Pre" in the search bar. We're moving up!

8:16- All coworkers responded. None of them are busy. We decided to get together and play Chutes and Ladders in the kitchen.

9:00- Game was interrupted when Jonathan accidentally smashed a bee. We decided that a proper burial was in order, as we had spent hours in previous days watching the bee in our office. It had joined our family. We decided that hosting a funeral for William Doober Burtinsfield was the least we could do.

11:00- Just finished burial in front of building. A few of us cried. I was one of them. We made the coffin out of paper since we had no wood and the employee at the carpenter store is gross and wears an eyepatch. Also I don't know how to carpenter things.

11:15- Tried to return to work, could not stop thinking of William Doober Burtinsfield. All the other employees feel the same way. Made a group decision to leave work early and emotionally recover. Also there is no work.

11:17- Was about to leave when I received an email from M.D. Spenser. Jonathan and I decided to stay and review the newest book. I'm excited, since it was our first assignment in seven weeks, when we published Your Momma's a Werewolf.

The book starts out with a super cool protagonist, Liam, even better than the usual hilarious pessimists thrown our way. This one has an irritating older sister, Diane. Ay Carumba, am I right? Who among us can't relate to that one? So this lovable duo is traveling to California for a wedding with their mom, when they will travel from their hotel in Santa Barbara to a town whose name is "something Spanish."

11:30- I looked at Google Earth, and that ended up narrowing it down to only one hundred percent of towns and cities in California. Have decided to go back to work. The lack of effort would be a bit irritating, if not for the twelve-year-old voice that is used in the writing. I love The Voice. I think I could be one of those singers, since I was in an A Cappella group during college. We were called "Here Comes Treble." I also appreciate the constant cliffhangers after every chapter. M.D. Spenser is truly a master of literary devices.

11:35- Jonathan just said that the overuse of cliffhangers in ninety percent of M.D. Spenser's books should be under the 8th Amendment as "cruel and unusual punishment." I do not appreciate his snark, and I'm sure Mr. Spenser does not either.

Anyway, their mom gets a call from her best friend who just moved, saying that she fell off of a ladder and would like their mom to fly out to New York in order to help her through this difficult time of having fallen off a ladder. The mom is forced to choose between family and friend, ultimately choosing friend. Luckily, I don't have to make those kinds of choices, since those terms are synonymous for me. The mom decides to leave the twelve-year-olds for two days, as well as downgrading them to a free room that is normally used for storage. Really.

11:45- Jonathan commented that the parenting was subpar. I told him that I was trying to read. He used profane language on me.

Later, the kids go to their room, only to find that it is messy and disgusting. They are visited by a creepy, super-old maid that gives them their suitcases. After, they end up finding a skull in one of the storage containers, which I admit gave me the heeby-jeebies, but it was just a sugar skull. Why, of course! Diane reveals that they are for "El Día de Los Muertos," which means "Day of the Dead" for all those non-Spanish speakers. I learned a little Spanish in high school. It's my third language, after English and Morse.

11:55- Halfway through book, so far no excitement. I just know it's gonna pick up soon! My hopes are still pretty high, I can't wait to get scared!

Well, the team decides to go to the beach, but Liam goes back to open a window. In the room, he sees a little boy and girl, who disappear. Yikes!! Liam runs away and the two go to the pier, where they hang for a little while. Eventually, they have to go back. The lady at the desk has no idea how their bags got up there, and she claims she will send someone to clean their room. But when they get up there.... It's already clean! Ahhhhhh! Geez, how creepy would it be if you went to your bedroom and it was sparkly clean. In truth, not very, but I'm sure this will get better.

12:15- Jonathan said, "What the hell is going on here? The only ghost is a maid who goes around carrying their luggage and cleaning their room? Spenser has hit a new low with ghost stories, and it is truly a feat worthy of recognition for M.D. Spenser to sink even lower with ghost stories. We are 95 pages in. There are 124 pages in the book. This sucks, and also is kinda racist because of the fact that the ghost maid is Mexican.

12:25- Diane saw the ghost kids in her room. Scary. They weren't doing anything, though. I will admit, this book is not the best book ever written by Mr. Spenser, but it's not bad. It's not bad. Then, the two kids hear a knock on the door, and it's the bellboy. A little late with the cleaning, so he tells them the story of their room. There was a Mexican maid who went crazy and murdered her children in that very room, and her ghost ages, which explains the oldness. That's... creepy, I guess.

12:35- Jonathan coughed, so I told him to shut up. He told me he knew a cure for headaches. I asked what. He said bullets work the best. I ignored him.

After the bellboy left, they hear another knock. It's the maid, carrying a knife! She tries to murder them both, but Liam tricked her into thinking that two sugar skulls were her children's heads. I can't tell if she's an idiot or just a terrible parent.

12: 38- I apologize out loud for saying the word "idiot" in my head. Jonathan tells me to jump off a bridge. I ignore him.

The kids trick the maid into going into the conjoined room, and lock her in there. Just when they think they're safe, they hear another knock on the door, but it's their mother. She never went on the plane because she didn't feel like it, so she's back and they go to a different hotel.

So, this is pretty bad. I... I just want another job. This is a painful lifestyle. I can't wait until the next Shivers book.

Insight into the Complex Minds of Characters:
"'But they have lots of little sugar skulls they eat. It's a very old custom.'
'A very odd custom, you mean.'" Burn.

Beautiful Imagery:
"We found ourselves in a long, straight hallway. It was the longest and straightest hallway I'd seen in that hotel."

Hip References:
There was a movie reference in there, but I couldn't find it after looking for 20 minutes so I'm afraid there is none this time.

Did... Uh... Did You Even Go to School?:
"They have them for the Day of the Dead. That's what they call Halloween in Mexico."

Conclusion:
It was excruciating. There was no story; the maid, the only real threat or source of fear, came in at page 111. Out of 124. I don't know how Spenser managed to fill so many pages with such little material and a lack of detail, but he did. The antagonist is a certifiable maid who cleans your room for you. There is very little fear or suspense, and I would certainly put up with ghost children to have my room cleaned every day. The voice was not bad, actually a little funny at times, but the cliffhangers killed it. Again.