So, this book isn't actually terrible, but it certainly isn't good. I mean, it's self-referential and the plot makes no sense and the characters are obnoxious, but it's not terrible.

So, this book has a little twist from the beginning: there are two main characters, twins! Oh, and it's in third person, which I seriously approve of. Good job, M.D. Spenser. Anyway, they're with their parents, Mom and Dad, looking for their car keys in a completely unnecessary scene that I guess was to introduce the characters. Later, the foursome is driving to the hottest new amusement park, Dreamland. Every kid needs to go there, because it has the best haunted house, scariest roller coaster, and best animatronic robots! Plot point bells goin' off yet?

So Dreamland is a direct competitor of Disney World, actually set in Orlando. As the family arrives, they are greeted by totally realistic guys on horseback, who announce their presence and set off a bunch of trumpeters. Oh, but they're all robots. It's a massive amount of money invested into a Shivers themed amusement park, probably the scariest concept in this book.

So before we get any farther, let me explain the characters. The twins, Barbara and Bill, are supposedly very smart, a fact that gets disproved constantly. They also play instruments. So yeah.

The family enters the park when a giant tractor comes driving at full speed towards them, at an amusement park, without their parents caring. This is either a classic stupid dream sequence or classic stupid children. Anyway, the tractor was fake and went right through them. Downright terrifying. Oh, but there's so much more. When they went to ride the "Man in the Moon" ride, they were stopped by a robber who asked for "their money or their lives." In the middle of an amusement park, and they thought it was real. Now, correct me if I'm wrong, but these may be the stupidest protagonists ever to be in a Shivers book. And it's such a high bar.

After Space Mountain The Man on the Moon, the team goes to get food. But while at the restaurant, Bill starts choking on chicken. Nobody knows what to do, and it's utter chaos. Bill's dad is patting him on the back, Mom is yelling for somebody to do something, and Barbara's doing something along the lines of, "Look, guys, I can rub my head and pat my tummy, look, look." Ya, these people really aren't the brightest bulbs in the chandelier, which I guess is good as they can easily relate to all diehard Shivers fans.

So a robotic chef comes and saves Bill, which kinda creeps out the parents. After lunch, they decide to go to the best haunted house ever. It's called... "The Haunting House." 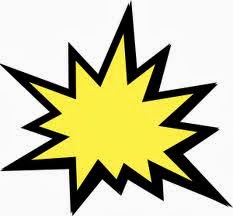 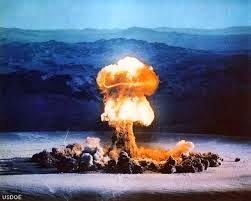 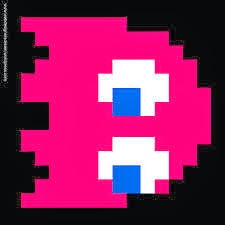 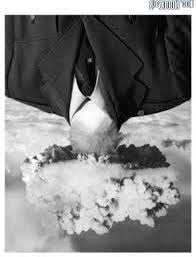 Ok, so I freaked out a little bit. It's totally justified though, because come on... he made a ride off of "a famous story" about "two girls who moved with their family into a strange, old house... The place was possessed by an evil spirit that made it hate the residents, trying to kill them." It's just so self-indulgent. M.D. Spenser shouldn't even be allowed to do that. The best part: it's completely accurate. He actually reread the book just to create a haunted house based on his previous setting, and I think I'll stop myself before I go too overboard.

So our old friends Caitlyn and Lynne, the original Even Steven and Odd Todd, lead the tour in robot form before running off and telling everybody they're on their own. So it's not even a ride, it's just walking around on your own. They go through the house, experiencing the terrifying holographic house attacks, when they go up to Lynne's room. It has the secret passage from the actual book, remember? REMEMBER? The worst part is that it's actually a crucial aspect to the story.

Being the idiots that they are, Barbara and Bill volunteer to crawl into the tunnel, after being told to explore it by a complete stranger who actually said, "we could use some twins." For what, your underground child dungeon? And on the way in, Bill actually makes a "we may never see you again" joke. Hardy har har ha ho ha ha lulz so funny. No sarcasm involved, he really is a regular Jay Leno.

So Dumb and Dumber go on through the tunnel for hours because it's too small to turn around. They eventually drop down into a giant tunnel underground. And I was joking about the dungeon thing earlier. Eventually, they're grabbed by two big goons and thrown into a big white van with tinted windows and some dirt and blood marks on the sides.

OK, so I made most of that stuff up about the car. It was a van, and with M.D. Spenser, it really doesn't get much more descriptive than that. So, the twins try to reason with the goon with some classics that go kinda like this: "My dad's a cop, he'll arrest you," "We won't tell our totally policeman father," "you know what they do to pretty boys like you in prison," stuff like that. Then they try some of their classics: "I need to go potty," "Lalala I can't hear you," "Look, guys, I can rub my head and pat my tummy, look, look!" But nothing works, and they're shipped off to some science facility.

The big goon guy decides that he's tired of their idiocy and starts strangling them before a nice scientist named Alex stops him. He really is a charming lad. Seems like a nice Jewish boy, too. So Alex lets them know that they can't ever leave Dreamland or see their parents again. Again, my kind of guy. First, he forces them to do a voice over for a radio add, and actually waits patiently for an hour while they do it. The kindness is bordering on creepy. I can see now how he owns this underground hideout.

So Alex lets them know that they'll be acting in the same roles the rest of their lives, whatever that means, and then reveals what it means. He turns real people into robots. Congrats to the everybody smarter than the twins that saw this coming.
Eh, still better than Lego Land.

So Alex brings them to a guy named Dr. Ferret. He starts to get them ready when the twins, in a short burst of intelligence, suggest that maybe they should practice their instruments so they're good when they are robotized. Once alone, they record some scales with a tape recorder that they stole and crawl out an air vent. They make it outside, and run to the parking lot. But they see the evil scientists running at them from all directions, when all of a sudden the police come in helicopters and brutally murder all of them with their giant robots and lasers because whynot? Apparently they came when the parents got nervous that their children went missing in a dark tunnel in an amusement park. Huh.

So, the police arrest everyone and all the robots are freed and they all lived happily ever after.

Insight into the Complex Minds of Characters:
"'We'll give you new names later, something that will suit your work in the orchestra. Maybe names like Bruno and Helga. Yes, I rather like that!'" Bruno and Helga.

Beautiful Imagery:
"A moment later, a heavy wooden drawer in the kitchen counter exploded toward them like a missile."

Hip References:
"'Yeah, it's me. Who'd ya think was gonna answer this phone, Michael Jordan?'''

Did... Uh... Did You Even Go to School?:
"'My research team has come up with a diet of pills that give the body all the necessary nutrients — and yet also make a human being, or even an animal, completely obedient.'" It just... It's not the science that bothers me, it's the complete lack of an attempt to explain.

Conclusion:
It just seems lazy. M.D. Spenser's not a stupid person, but this could have been written in less than half an hour. Shivers books have three strikes: self-referencing, having a total deus ex machina, and obviously ripping off of something else. This has all three, plus the characters are obnoxious, it's not scary, and the ending blew. So... one of my least favorites, I'd say.
Posted by jonwg88 at 12:46 AM