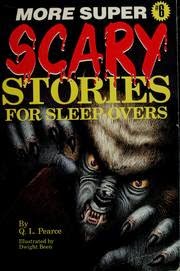 1. "The Legend"
The story begins as Robyn and her friends decide to check out a store. I guess it's kind of an antique store. I don't know, this story's pretty stupid. Anyway, Robyn decides that she likes an obsidian pendant, and is told more about it by the clerk. It belonged to a Native American girl who was cursed by a shaman with eternal life with a pendant. And no, neither Robyn nor the clerk is the immortal girl, thank god. Actually, Robyn learns that the pendant in the store is a replica, and decides to steal the real one to become immortal herself. Oh, and also the cursed girl must return to the spot where she killed her lover every century. I don't know, I guess I didn't expect tweenage girls to do things this idiotically. Robyn goes to the spot and sees the girl, since the visitation date happens to be three weeks from the beginning of the story. She snatches the necklace off of her neck– which, might I say, is awfully rude– and frees the girl from her curse. She puts on the pendant and turns into a tree. She gets to live forever as a tree. 10/10 2spooky4me.

2. "The Colony"
Andrea and her siblings aren't smart, and thus decide to snorkel in an unpopular cove with a dangerous current, with absolutely no adult supervision. During this snorkel trip, they see an underwater castle. I'm completely serious. The castle door opens, so they do something intelligent for once and get out of there. But oh no, Andrea's older sister forgot her ring. So the group goes back out and is carried by the current down to the sunken castle. I don't think that's how currents work, but OK. When the group wakes up, they are in an air-filled room. They explore and find a pile of skulls, which prompts them to run into a room with dozens of hooded figures. This could be cool, the story hasn't been awful so far, I could definitely picture a great ending with a race of terrifying fish-monsters or mutants or something. But, that's not what happens. Are you ready for it? The twist? You might want to grab a drink or a noose for this. They're vampires. A race of underwater vampires. I couldn't make this up if I tried, people, this story was butchered beyond all redemption.

3. "Air Waves"
Oh, this story's pretty good. I mean, it's basically Invasion of the Body Snatchers, but it's still a great story. It's about aliens that hypnotize people with a tv show. The protagonist, Aaron, is immune to this because he wears thick glasses. Well, no story's flawless. The reason I like this story is that it manages to entrap you in the feeling of hopelessness at just the right moments, yet it's gripping all the way through. I don't know, it's just fun.

4. "Dead Letter Office"
The only remotely notable aspect of this story is that it revolves around a character misreading the word "body" as "booty." The protagonists thought that there was "booty," which I guess means valuables even if you're not a pirate or modern rapper, in an abandoned house, when in actuality there was an undead "body." Well it's pretty obvious who the real villain is here: illiteracy.

5. "The Wrath of Pele"
David and his family were vacationing in Hawaii when David decides that he has to have a volcanic rock, despite insistent warnings from a tour guide that Pele, the fire goddess, will murder him. Instead of simply ordering one from Amazon, David illegally steals one from private grounds and returns to Los Angeles (woot woot). Guess what happens? Come on, guess? I'll give you a hint: He went out of the frying pan and into the fire.

6. "Faithful Friends"
Seth, Monica, and Gary love to play tricks on the old, lonely man next door, Eli. Recently they pulled up his garden and salted the earth. Then, they filled his lawnmower engine with sugar and broke it. Finally, a truly lovable bunch of pranksters, people that I can respect and relate to. If only these studs could always be the main characters and oh my god these are the protagonists? These are the worst human beings ever. Recently, Eli's only friend and dog, Stitch, died, "and now the elderly man was really alone... it was even easier for Seth, Monica, and Gary to torment Eli." Die, just die. That can be your Christmas gift to me, to hang yourself. And just in case you thought I was overreacting, that I was getting too passionate about a children's story, the kids decide to dig up the dog and make the old man think that it came back to life. This gives way to one of the most gut-wrenchingly painful scenes in the series as the kids whimper outside Eli's window, and then watch and laugh from the bushes as he staggers around, desperately looking for some sign of his only friend, back from the dead. It's awful, but luckily, in the first positive ending in the series, the good guy wins and Eli mauls the children to death in werewolf form.

7. "Bungalow 14"
Stephen, Liz and his family are on a road trip. Stuck in the middle of New Mexico, the group decides to go to a little motel to stay the night. They talk to a strange man at the front desk named Sam, who wears a rattlesnake skull around his neck and warns them to leave. They refuse, and a tall woman with yellow eyes comes in and asks that Sam set them up in one of the bungalows. Bungalow... 5! This let me down too. But then Stephen leaves his room to explore, and sees an old man sleeping in one of the bungalows. Bungalow... 13! Boo. Oh, but then Stephen sees Sam go in and drag the old man into a different bungalow, Bungalow 14. Bring us there, I have a feeling that's where all the action's happening. Then a bunch of other stuff happens, and blah blah blah the weird woman from earlier is a snake goddess that kills the kids' parents. Just murders them. She then murders the kids, as Sam welcomes another family into the motel. Q.L. Pearce just killed off an entire family of four in his book. Jesus, man, you aren't George R.R. Martin, censor yourself.

8. "The Gift"
Rebecca's aunt always goes on trips to cool places and sends her niece back souvenirs. This time, she sent Rebecca an ivory hair clip from Singapore. Rebecca loves it, and openly scoffs in the face of the elephant that died for it. This story would be lame and totally unremarkable if not for the fact that the antagonist to this scary tale is a goddam elephant. Actually, the horror factor is manifested in the form of an elephant. Sharks are scary. Snakes are scary. Poisonous spiders are scary. Elephants, large land-beasts that reside in Africa, are not scary. No child is ever up at night wondering if an elephant's going to sneak into their room while they sleep, because that would be asinine. Or maybe something out of Dr. Seuss. Hit and miss, Pearce.

9. "Adrift"
Andrew and Lucas are out in the desert on a camping trip in this fun-filled adventure. Andrew's brother tells him a story about a pirate crew who stole a bunch of loot. The crew murdered the captain, and then crashed the ship into the desert (???). The crew all died, and are doomed to look for their treasure forever. Andrew has the idea to travel to an abandoned mine and grab an empty crate, then half-bury the crate near the camp so his friends will open it, thinking it's the treasure. Yet somehow, despite the effort, Andrew thinks that he wouldn't be the butt of the joke. So he drags Lucas along with him, and they find the real chest. He grabs some pearls and then a ghost ship starts sailing through the air toward them, and they faint. They wake up on the ship, where they agree to help the pirates find the treasure, only to find out that they already lost the mine, and must continue searching with the ghosts forever. Now, pirate ghosts, I don't want to tell you how to do your job. I hate that, it's like playing a tough level of a video game and someone says "Oh, why don't you just do such and such?" and I'm like, "Yeah, I'm trying, it's really hard ." So take my suggestion with a grain of salt, because I haven't been searching for centuries and don't have your experience, but maybe, perhaps, it might be a little possible that maybe it would be easier to search if you, I don't know, maybe get out of your flying fucking ghost ship.

10. "The Final Draft"
In this story, Venessa and her sister Samantha are the children of a pair of screenwriters whose horror writing comes to life. This would be fine, and a pretty spooky premise, but somehow the parents shift from a story about a ghostly woman to a story about a meteor crushing their exact house. And while getting crushed by a meteor would suck, getting haunted by ghosts is a lot cooler. And would make a better movie.

11. "The Exchange"
Javier wants to be a sorcerer really bad. Unfortunately, he's not a good person, so I can already tell that this ending will not be in his favor. Here's a fun quote: "He didn't like being around old people. He thought they were too slow and always talked about things that happened a long time ago as if those things were actually still important." Take that, elderly. So based off of this story, what do you think happens to Javier when a sorcerer offers to teach him magic in exchange for "his time?" Why, the scariest thing of all: growing up.

Conclusion: Though this book does include a couple notably good tales, most are just too ridiculous and simple to be viewed in a positive light.
Posted by jonwg88 at 2:45 AM