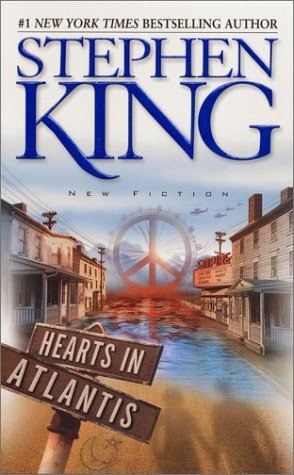 Isn't it crazy that I'm actually reviewing a book for people my age? I've reviewed so many children's horror books I don't even know how to present this anymore... I guess I'll start by saying that this one will be more serious than the others because I have some serious complaints- I didn't love this novel.

Actually, to be more accurate, it's a series of four loosely connected short stories. The first one is awesome, it's about a kid named Bobby Garfield as he goes through the wonders of childhood in the 60's, which honestly sounds like a really horrible time period. Bobby gets to know and bond with his elderly neighbor, Ted Brautigan, who has a dark, mystical secret (I suggest you read the Dark Tower series, because I'm pretty sure there's a tie-in. I've never read it myself, I just read about the tie-in online). With the help of his friends and despite his mean, cheapskate mother, Bobby must discover the truth about his dead father and paint a vivid picture of the 60's and the Vietnam War and all that.

Here's the thing: that first story is great. It's gripping, it's fun, I really enjoyed it- until the end. Now I'll try not to spoil anything, but Stephen King ends this story on such a drawn-out and sad note that it almost taints the story. Actually, it kinda does. I really cared for these characters, so it was disappointing to feel like Stephen King just kind of gave up on them and sped to the next segment. A full-length novel about just that would have been perfect, but on to the next story.

This one is really loosely connected- it's first person now, so the whole perspective is changed, and it's about a college student who gets addicted to a card game called Hearts. But it's OK, he dates one of Bobby's friends, so it's totally connected to the story. This whole segment seems like it's to express some kind of deep message but it really just makes me sad. This kid and his friends– whom I have a harder time really loving like the characters from the first story– just sort of break down and give in to this addiction and I don't care much about most of them. But the message and the climax is beautiful and thought provoking, I was really excited to further look into that and learn more about the meaning behind it–

"Meaning? Oh, no, Jonathan, we're done with this story."
"Wait, no, Stephen, you can't, it just got really good–"
"Actually, I can. I'm pretty bored with this guy. I think I've accurately depicted a decade, so my work here is done."
And he does do a very good job depicting a decade, an era even. Low men, exchanging information, escaping a sinking continent, atonement, identity crisis, and an inability to move on are tough themes that King handles very well, but that's nearly all he does. I can get a sense for the setting, I can almost see the sixties even though I didn't exist then, but the plot...  it takes such ridiculous leaps from one interesting story to another story, and then leaves as soon as that one becomes really gripping.
"So at least tell me that we'll be revisiting Bobby's story."
"We could do that or, remember that bully that went after Bobby?"
"Oh God, no, please–"

The third story is about Bill Shearman, a bully that went after Bobby and his friend Carol. It's pretty much a day in his very odd life as he tries to redeem himself for what he did to Carol. The fourth story is about Bobby's other best friend, who can't seem to mentally leave Vietnam and constantly sees an old woman whom his friend shot in cold blood. And then there's a nice little part at the end to try to tie things together.

Here's my biggest complaint: all the many problems that these characters have to face feel like they're just for the purpose of depicting how the Vietnam War affected life in the 60's-90's, except for one exception: the conflict between Bobby and his mother, that's a rich, interesting conflict that does nothing but engage the reader. I don't think Stephen King really loves these characters, and by the end of the book I don't think the reader does either. I liked the characters in the beginning, but after the first story ends I just kind of stopped caring about them because they're not real, they're just dolls that the author dips in paint and beautifully decorates a canvas with. And by the end, at the pretty predictable touching reunion, it didn't mean anything to me, Stephen King might as well have left it out.

Sorry, I just wanted to get this out there. I've been wanting to organize my thoughts about this book for a while. 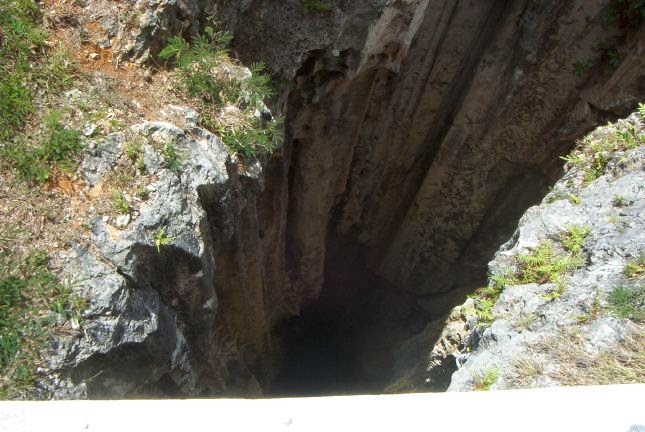 Beautiful Imagery:
"Nate hung photos of his dog and his girl... She was Cindy. The dog was Rinty.  Both the girl and the dog were sporting identical grins. It was fucking surreal."

Number of Times the Word "Jeepers" Is Used sincerely:
1

Number of Times the Word "Jeepers" Should Have Been Used at All:
<1.

Conclusion: Maybe I was a little too hard on this book; it's not a bad book, it's just unremarkable. King did a really good job with a lot of scenes, and did an amazing job depicting the Vietnam War era, but the characters and much of the plot were just devices for that exact purpose and I've come to expect more from Stephen King. So... not my favorite of his books.
Posted by jonwg88 at 7:02 PM